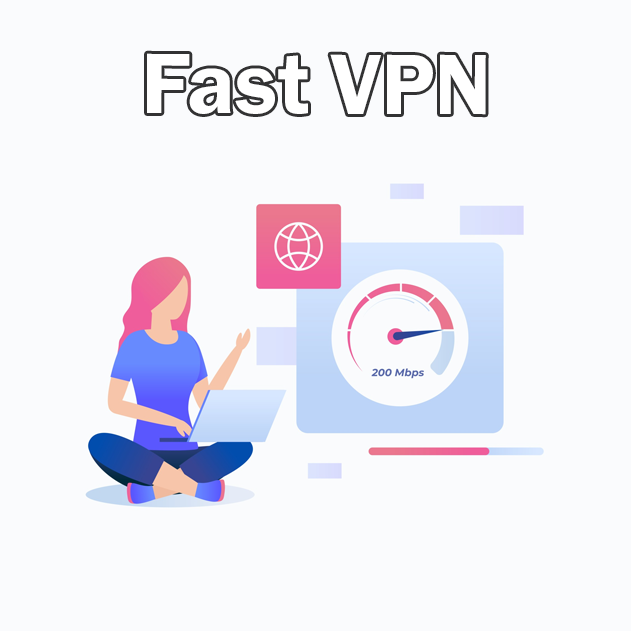 Last Updated on November 12, 2021 by HowToPioneer

With over 3,400 servers spread across the world, NordVPN is a well established and reputable name in the VPN world. It is actually designed with power users who want to get nothing less than the most out of their VPN in mind. If speed, security and your privacy are your main priorities, then NordVPN is more than what you are looking for.

On the issue of security, NordVPN offers very secure connections, which it has been able to achieve by using military-grade 2048-bit encryption that applies 2 times to connections to all of its servers that are spread across over 61 countries. The unlimited bandwidth and its ‘no log’ policy make it even more secure and private.

Apart from fast connection speeds, P2P sharing support, and a kill switch, NordVPN offers extra privacy features such as the ability to use the dedicated IP addresses, and enable ad blocking. Again, the ability to pay using Bitcoin adds another strong layer of anti-snooping.

It offers a straightforward interface, which means that a user can connect up to 6 devices easily whether they run Mac, Windows , iOS, Blackberry OS or Android, to the secure service. NordVPN also supports routers and Chrombooks.

The main disadvantage is that there is no free trial on offer.

ExpressVPN is the best all-round VPN particularly for speed. With more than 2000 severs available and spread across 94 countries, you will have no difficulty finding a nippier one. In terms of performance, there is no significant variation throughout its network. Generally, the speed is great throughout the network.

On the mobile department, the service does extremely well with great apps for Blackberry, iOS and Android. For desktop PC users, Linux, Mac and Windows clients are available. All these desktop and mobile apps connect automatically to the optimal server to enable you experience the greatest possible performance without any delay.

The main drawback of ExpressVPN is that its subscription plan is a bit costly. Another disadvantage is that you cannot try the service for free. Good thing is, the provider offers a hassle-free 30-day refund.

Launched more than 5 years ago, TorGuard VPN is designed for fast speed. Targeting mainly Torrent seeders and leechers, TorGuard has more than 1250 servers spread across at least 42 countries around the globe with multiple endpoints in every location. The servers are spread in countries like New Zealand, the United States, India, England, Canada, France and Australia among others.

On the security front, you get OpenVPN, PPTP and L2TP protocol support. Besides, TorGuard VPN service also offers the socks5 torrent proxy services. In addition, it also offers both TCP and UDP connection options on a range of ports, and it is configured to work in Syria, Iran, China, or UAE countries where ports and VPN protocols are usually filtered heavily when the government requests so.

When we carried out the performance tests, we found out that the speed of TorGuard VPN is generally great throughout the network.

On the mobile department, TorGuard does very well with almost all the major OS platforms including Android, iOS, Windows, Mac, and Linux, and it comes with a detailed “Getting Started” guides for every platform.

Just like many other fast VPN services available in the market today, TorGuard doesn’t offer any free trials. Fortunately, it offers a non-conditional 7-day money back.

Barely two years since it was rolled out, AtlasVPN already has more than 224 servers. It has servers in The United States, Africa, Asia and Europe, and the list is growing steadily. Even thought other VPN providers in its category have far much many servers, their current servers are very stable and offer users great connection speed, a quality that users normally consider as their priority.

One thing that obviously struck one when they try using AtlasVPN is the short time it takes to perfectly connect with other servers. In other words, the entire process of beginning the application as well as connecting to a server is surprisingly instant.

On privacy matters, AtlasVPN offers a strict ‘no logs’ policy, which means that the providers neither logs and stores any data, nor save any user information.

Unlike many other fast speed VPNs in the market, AtlasVPN offers a hassle-free 30-day trial, something that is perfect for any skeptical user – almost all first time users are skeptical anyway.
So, if you prefer to start by sampling then purchase later, like most user prefer, then AtlasVPN is the perfect choice for you.

The main disadvantage is that Atlas will require you to provide your preferred payment method and payment information for you to start using the free trial. Even though you should not worry about it, it might scare you.

5. Cyber Ghost – Definatly Not A Duck

Talking of security and safety, Cyber Ghost offers fully encrypted internet. It encrypts online activity with the 256-AES bit technology, and this makes it almost impossible for hackers to hack into and access your data. Besides, you don’t really have to use your real name for you to be able to set up CyberGhost VPN service. What’s more, you can pay for the service anonymously with Bitcoin, and this adds additional wall to any possibility of tracing your IP address.

CyberGhost VPN client software is available for Mac (OS X 10.7 Lion or newer) and Windows systems (particularly 7 and later). If you are using Linux, then you will need to manually set up the connections by simply enabling PPTP or OpenVPN on your connection.

For mobile department, CyberGhost has a number of apps for Android 4.0 Ice Cream Sandwich and newer and iOS 9.0 or higher.

The best thing with CyberGhost is that it does offer a 7-day free trial period, and unlike some other VPN service providers, it doesn’t ask you to provide your payment information up front.  The only disadvantage of this VPN service provider is that it is a bit more expensive. However, what you get in return is worth the money.

When it comes to security, you get SSTP, PPTP, L2TP/IPsec and OpenVPN protocol support, and you can personally choose the one you prefer annually. Alternatively, you can let the software choose the protocol for you automatically. What’s more, you will get a private ‘zero knowledge’ DNS solution and a kill switch and many other privacy boons. On the privacy front, there is no any logging of network traffic like IP addresses or connection times.

Chrome is arguably the most dominant internet browser in the world. Reports show that there are more than 2 billion mobile and desktop users who use chrome as their internet browser. Well, this is expected because chrome maintains an exceptional level of performance.

A great fast VPN for your Chrome browser is this one!

Despite this fact, many chrome users have become victims of cyber attacks. This therefore means that chrome users have to find ways to make themselves secure. In this regard, VP is not only an essential choice, but also the most ideal because it makes the internet browsing secure.

If you want anonymity while browsing the internet, then fast VPN chrome is what you should start using. When using VPN, your address will be replaced by an IP address of your VPN provider, and this will make it nearly impossible for anyone to find you, leave alone trace your location. The protocols of your VPN service provider will also offer protection and ensure your security and safety as you use chrome to browse the internet.

Fast VPN chrome will allow you to access even the prohibited and hidden content and websites in the internet using your chrome browser. It also controls the monitoring of the ISPs by converting your data into a ‘chipper text’. This provides you the absolute freedom.

With fast VPN chrome, you will be able to stream Hulu, HBO, and Netfix among other popular channels, which are normally restricted.

Fast VPN for US, UK, Canada, Australia, China and Singapore

Almost every VPN service claims that they are the fastest. However, this is usually nothing more just a boast in many cases. VPN service providers know that speed is one of the top priorities of VPN customers especially in the United States, China, Australia, Canada and Singapore. After conducting several performance tests on the available VPN services, we have found that there are some VPN service providers that really deliver on the speed and the general performance front.

Of course, what makes a VPN the right one always depends on the needs of an individual. However, speed can sometimes be the most important aspect some people are after in a VPN. And yes, VPN will encrypt your online traffic, and typically, this will produce some extra overhead that can actually slow down the speed of your internet connection.

In this respect though, some VPN service providers are better than others. Depending on how robust a network of a company is, and the number of servers that particular company offers, some VPNs will not have a significant effect on your performance.

It is worth noting that closer servers normally sport better speeds. This therefore means that speed is also affected by how near the servers are located to you.

While VPN makes your internet connection secure, it’s also good to know that it is not slowing your down.

Of course, there are individuals who sign up for VPN services for simple and casual uses such as web browsing. In such a case, you will not actually note any difference in terms of your connection speed. However, if you are using a VPN to stream videos and unblock sites, then speed is definitely at a premium.

So, what VPN services will guarantee you great speed if you are in the United States, Australia, Canada, Singapore, or China? Well, first, you have to keep in mind that the closer the location of severs the better they perform in respect to enhancing the speed of your internet connections.

For these countries, you will be spoilt for choice when you are looking to sign up to a fast VPN. However, Nord VPN and TorGuard VPN are the fasted VPNs for the countries I have just mentioned.

TorGuard is top privacy company with outstanding speed and an excellent, reliable service. It offers fast VPN connections in more than 48 countries including the US, UK, Canada, Australia, China and Singapore among others. TorGuard offers more than 1,200 servers in the mentioned countries and globally.

Still in terms of speed, Nord VPN can be compared to very view VPN service providers in the above countries. It offers servers in these countries and in entire Europe and beyond. The speeds are consistently great and excellent.

Whether you are in US, UK, Australia, China, Singapore, or Canada, and you are looking to sign up for a VPN service that offers unlimited bandwidth, then it should not be of much hassle to find one. However, not all VPNs are made the same. There is obviously the champion in this regard. Precisely, ExpressVPN and TorGuard VPN are the best, fastest unlimited VPNs that offer true unlimited bandwidth.

Whether you choose TorGuard or ExpressVPN, you will have the total freedom to download and access anything you want at any time in the countries mentioned above. That’s exactly what a great VPN should offer you. After all, that is what internet was made to be.

When I say unlimited bandwidth, I mean no ISP service throttling, and no monthly cap. With TorGuard or ExpressVPN, your VPN bandwidth is unlimited. For instance, ExpressVPN is able to remove ISP caps. It also creates a whole 256 bit-encrypted SSL-secured tunnel between the internet and you. This means that your ISP is not able to see what download services you are actually using and therefore, they can’t limit bandwidth or speed.

If you are in these countries are you want to enjoy unlimited bandwidth, keep all your downloads, searches, and web activity private, then you should go for either TorGuard VPN or ExpressVPN.